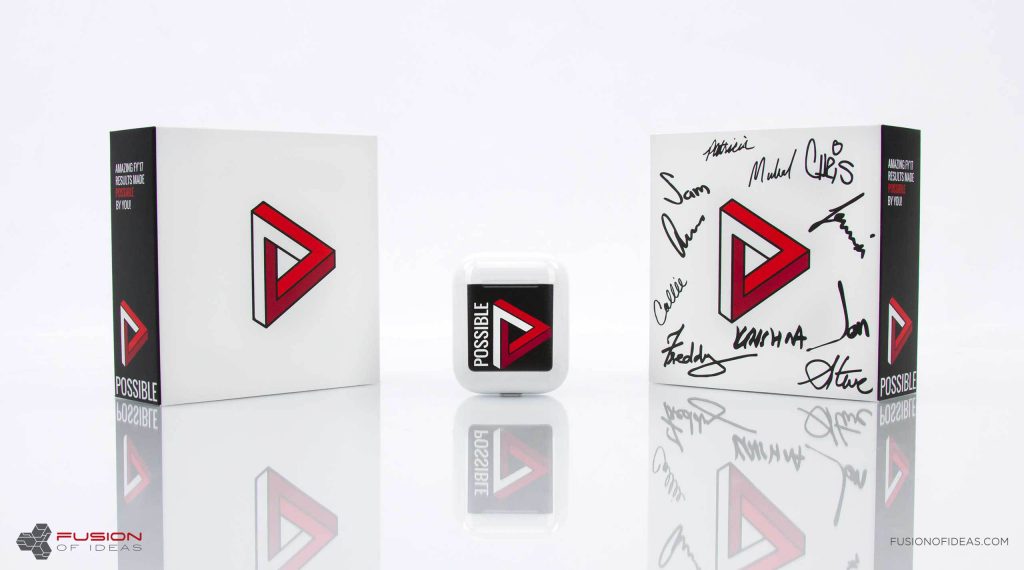 It was almost exactly a year ago that the Xilinx project went down in Fusion of Ideas history.  The new Apple AirPods had just been announced, and everyone was anxiously waiting for them to hit the market.  A few months had gone by since Apple’s announcement, and the public wanted to know when the AirPods would be arriving in stores.  Small batches of AirPods were released to stores, but were immediately sold out. Fusion was told that it would be awhile before businesses would have the opportunity to purchase them in large quantities, because production was just not fast enough to keep up with the demand.  Then Xilinx reached out to Fusion after being referred by Apple. They had 800 AirPods (a big deal, since stores hadn’t even received this many yet) and they wanted to find out more about our customization services.

Xilinx was planning to give AirPods to each of their employees as a special gift from their executive team.  They wanted to customize the AirPods’ white custom casing with the Xilinx logo. They also wanted to send the AirPods to employees in unique customized packaging to show their thanks and appreciation.  Fusion was their one-stop-shop for getting both of those things done in record time. The custom packaging included signatures of all of the executive team as part of the design, meant to show their appreciation.

“Xilinx was looking for something cool to give their employees,” said Theresa Brown, Senior Business Manager at Fusion of Ideas. “Gifting the Airpods alone would have been nice, but the real wow factor came from outfitting the AirPods with logos and customized packaging including their executive team signatures. It took the gift to a whole new level.” 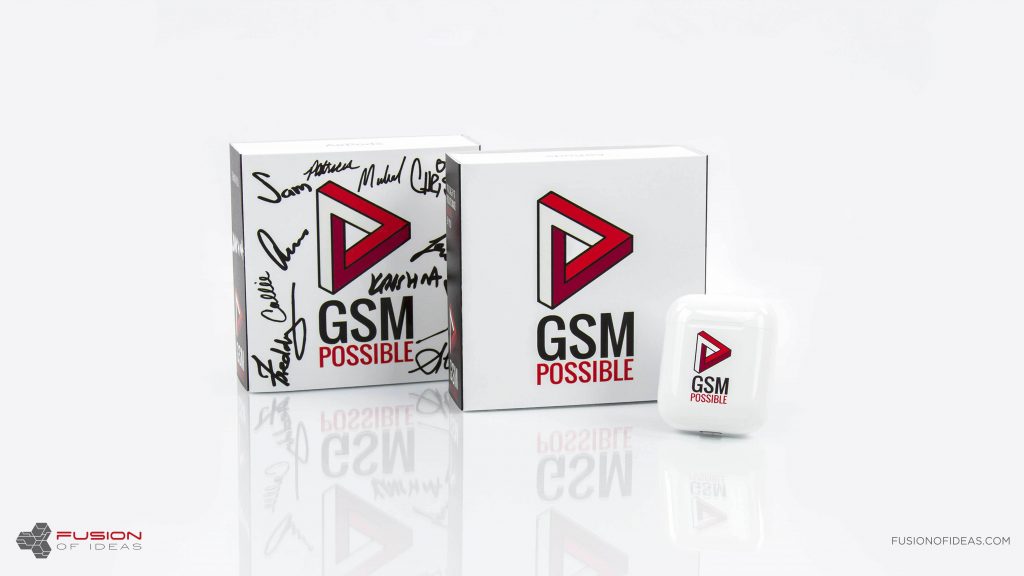