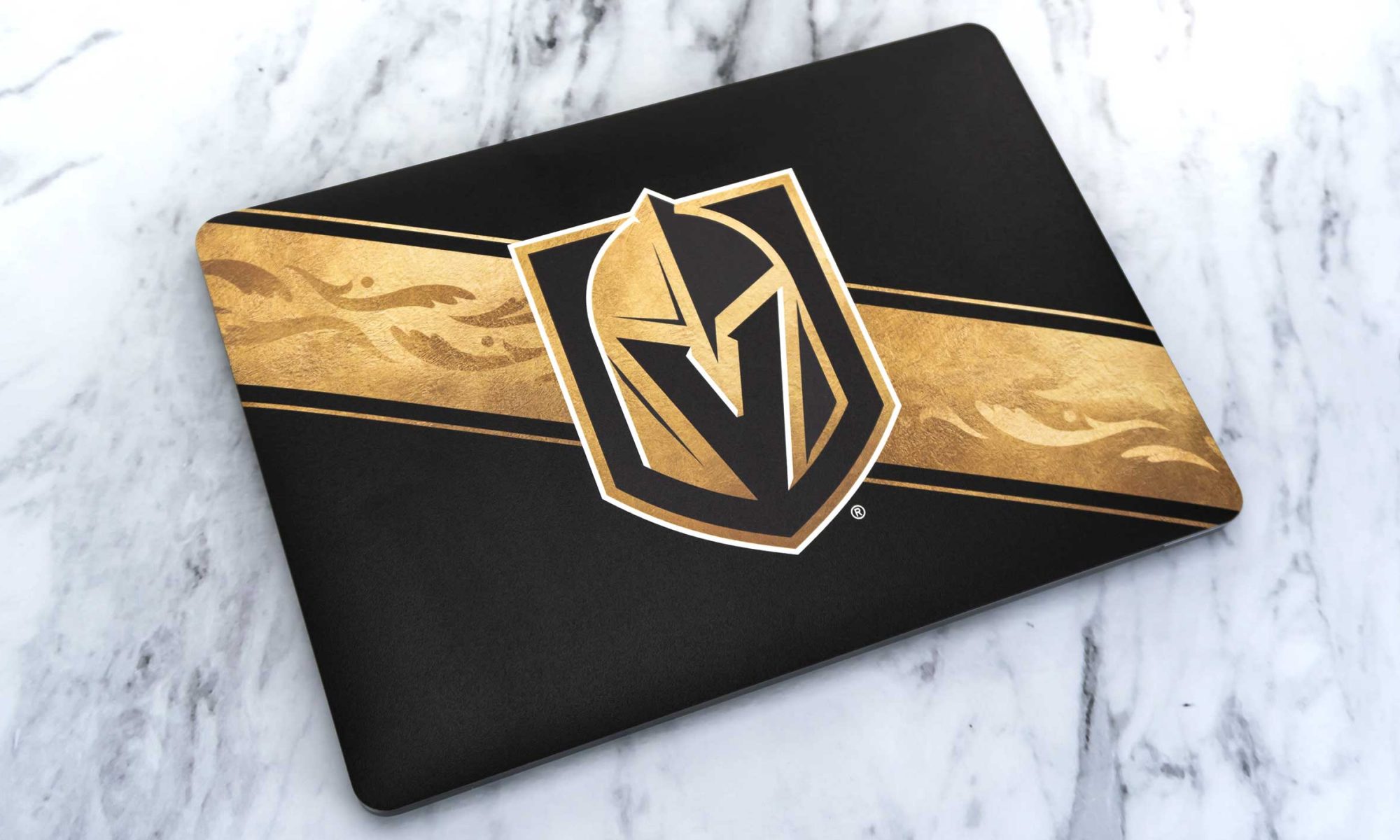 NHL’s Vegas Golden Knights announced broadcasting talent changes in the fall and most recently, revamped the look of their in-studio mobile technology.

FUSION OF IDEAS worked with the Golden Knights to refresh the devices used by the new broadcast team by creating a custom design for their Apple Macbook Air laptops and iPad Air. The new artwork features the team’s logo in full color and is adhered to the laptops and iPad using FUSION OF IDEAS’ heat-bonded protective film, StealthArmor.